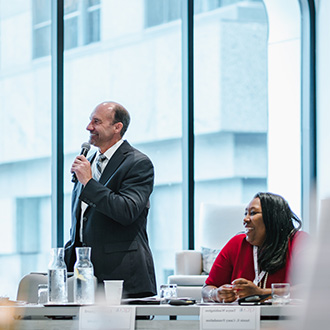 The Council of Juvenile Justice Administrators

CJJA fulfills its mission through educational activities and programs as well as research and technical assistance projects. Education activities include a series of annual meetings for members offering sessions on best practices and evidence-based approaches. The meetings convene leaders from each state and selected large counties to share information, identify issues and strategies to address them and form a national voice for system-involved youth.

Education activities also include presentations at conferences hosted by other national organizations and disseminating written materials to the public and policymakers about key issues in juvenile justice, describing the youths and their needs and the system’s successes and shortcomings 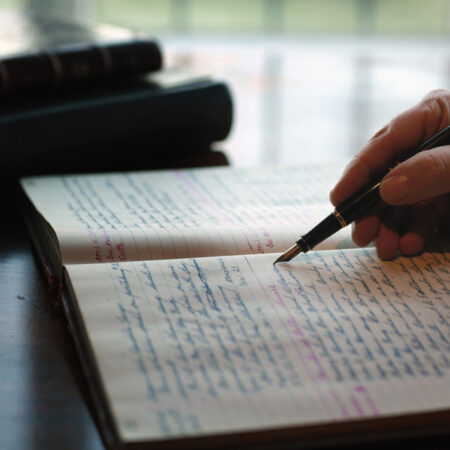 The Council of Juvenile Justice Administrators (CJJA) represents the youth correction chief executive officers in all 50 states, the District of Columbia, Puerto Rico and major metropolitan counties. Since 1994, CJJA has worked to improve youth correctional services and practices by uniting the nation’s youth correctional chief executives and by providing a source of positive support for these leaders. CJJA was founded with two overarching objectives: 1) to influence the development of juvenile justice policy nationally and 2) to support administrators locally.

CJJA is committed to moving youth corrections forward and fulfills its mission to improve systems and practices so young offenders’ lives are improved by their contact with the juvenile justice system and future crime is prevented. CJJA works on three levels to lead and support the field in its work:

At the state level CJJA continues to provide training, technical assistance and mentoring services provided directly to the juvenile chief executive officers in each state so they have the most effective and innovative information and tools to fund agencies, facilities and programs that help youths improve their skills and chances for success.

At the international level, CJJA continues to serve as leadership and a voice for juvenile justice by providing resources regarding requirements and standards and networking opportunities for individuals overseeing juvenile justice within their country.

The Council of Juvenile Justice Administrators was originally incorporated as the Council of Juvenile Correctional Administrators on July 1, 1994 after Edward Loughran’s proposal to create a formal national organization to unify and support the nation’s juvenile correctional chief executive officers was accepted and the foundation awarded a startup grant of $50,000 for two years.

CJJA was founded in the midst of sweeping juvenile justice policy changes across the country. According to the Office of Juvenile Justice Delinquency and Prevention’s 2006 National Report, from 1992 through 1997 all but five states in the country changed laws relating to transfer provisions, making it easier to waive juvenile offenders into the adult criminal justice system. Additionally, 31 states gave criminal and juvenile courts expanded sentencing options and 47 states changed or eliminated confidentiality provisions.[i]

The numerous changes to state statutes, along with passage of federal policies such as the Violent Crime Control and Enforcement Act of 1994, exemplify the nation’s sense of urgency during the mid-1990s to curtail rising crime rates by getting tough on violent juvenile offenders. By the late 1990s, there was growing commitment among various stakeholders to building and managing juvenile systems that balance the demands of public safety and offender accountability with the rehabilitation services youths need to prevent future offending.

Despite steadily dropping crime rates, state statutes and the general public attitude toward juvenile offenders remained punitive in nature throughout the 1990s and into the early 21st century. However, after the 9/11 attacks, issues like terrorism and the wars in Afghanistan and Iraq naturally took precedence over adult and juvenile justice issues that had dominated the public’s attention during the previous decade. Because of shifting national priorities, federal juvenile justice funding dropped from $545 million in fiscal year 2000 to less than $360 million in fiscal year 2004.[ii]

During this period, juvenile correctional administrators faced challenges such as vanishing budgets, evidence of high prevalence rates of mental illness among youths in their care, uncertainty about how to deal with increasing numbers of females entering their systems and a large amount of negative media attention related to conditions of confinement. Members turned to CJJA for encouragement and support during these trying times, and CJJA continued to serve its members by expanding existing programs and by developing new activities and projects such as the Mental Health Services Model, the Performance-based Standards Learning Institute (PbS Li) and the annual CJJA Yearbook to advance the vision outlined in its mission.

CJJA’s predecessor, the Juvenile Correctional Leadership Forum, met under a grant from the Edna McConnell Clark Foundation to discuss juvenile justice issues and the needs of juvenile correctional administrators.

CJJA incorporated on July 1, 1994 after the Edna McConnell Clark Foundation awarded a startup grant of $50,000 for two years.

CJJA established its newsletter, a quarterly publication that provides legislative updates, recent juvenile justice research, upcoming events and information on new projects and best practices in juvenile corrections to its members. Since the first issue, published in the fall of 1994, CJJA has published over 50 issues of the newsletter.

The Office of Juvenile Justice and Delinquency Prevention (OJJDP) released the Conditions of Confinement study, a report that eventually led to the development of CJJA’s Performance-based Standards (PbS) for Youth Correction and Detention Facilities project.

Passage of the Violent Crime Control and Law Enforcement Act.

The CJJA President’s Award was created in 2013 to recognize a member who has made a significant contribution through participation in the activities of CJJA including mentoring new directors, participation in semi-annual meetings and active participation on regional and standing committees.